A TEACHERS STORY, HOW I ENDED UP IN MADRID. TEACHING JOBS ABROAD

In this section, we will have Richard Clarke, after travelling throughout the world and living in six different countries, tell us why he chose Madrid to settle down to live and work. 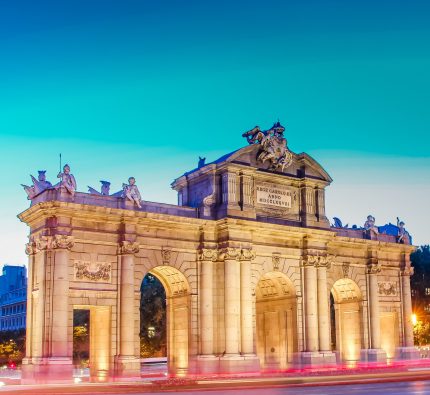 HOW DID YOU END UP IN MADRID?

“I studied in France and worked in Switzerland and Paris after University. I worked in multinational European corporation, and after a year, even though I was living an interesting and stimulating life in Paris, which for a guy from L.A. was ideal, I just couldn’t quite feel at home in Northern Europe, being brought up in Southern Californian.

With our teaching jobs abroad you to can live in Spain.

When I arrived in Madrid in 1989, after leaving my job in Paris, I was just passing through Madrid, and I dropped in on an ex-girlfriend from UCSB who was doing a study abroad program in Spain. I had already lived in Hawaii, Scotland, Jersey, Italy, France and Switzerland, and these are all attractive places to live, so for me, Madrid was a pit stop on the way back to LA to run my fathers’ family business. Two weeks later, I was sitting in a café near Sol, swearing to myself that I was going to live for the rest of my life in Madrid.

This oath was taken after two weeks of nonstop rain in November and I hadn’t even seen the sun yet. By the third week, I thought that sunny Spain was a myth that had disappeared beneath the universal deluge! I was living in a cheap pension behind Sol and hadn’t met anyone yet, but still, there was something in the air and the people, which was getting really quickly under my skin and into my blood.”

WHAT MAKES MADRID AND SPAIN SO SPECIAL FOR EXPATS THAT OTHER CITIES AND COUNTRIES DON’T QUITE DO THE SAME FOR US?

“Probably the number one reason why expats fall in love with Spain is the Spanish. Only much later, I pinpointed the reason why the Spanish and the Spanish way of life is still today, just as the philosopher Ortega y Gasset had announced a hundred years earlier, “the last Paradise on Earth.” First of all, what do the Spanish possibly have in more of a degree than other nations in Europe? The answer begins and ends in the heart. 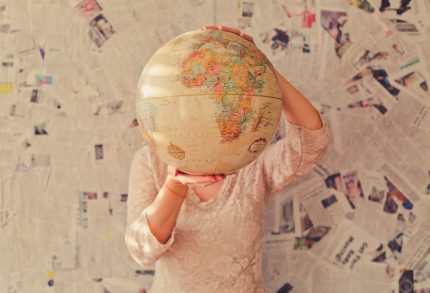 For me, and this is my own personal perception, the Spaniards in general, have really big hearts and they radiate warmth. Coming from a multinational company in a Northern European capital, as a naïve Southern Californian, I was starved for the warmth of a human heart that radiates heat.

I knew I didn’t want to go back to the Californian City of Lights, as I had fallen in love with the European culture, but I needed lots of big Californian hugs, which I wasn’t getting in Paris. However, in the last few months of the 80’s, I suddenly found a goldmine, where the hearts of the people I met, whether in a bar, the street, even the guy who owned the pension I lived in (who very traditionally kicked my Australian woman friend out of my room and out of his pension for sitting on my bed with me to read a letter), even he had a big heart, which showed as he apologized to me the next day.

And it’s the affectionate and radiating Spanish heart that makes one feel so at home here, and through its sunlight, our own hearts defrost and suddenly we can feel them again and know what it’s like to be a real human being once more. And our hearts begin to vibrate in the same way and also begin to feel alive and fill up with enthusiasm once more for life, something which often gets forgotten in the grownup world. And that’s what happened to me.

My heart had been iced over working the corporate lifestyle in Northern Europe and suddenly, without any warning, it thawed, while I was still friendless and having a coffee and croissant in a café in the Plaza de Canillejas next to la Puerta del Sol, on my fourteenth day in Madrid.

I shed a few tears and then solemnly pronounced my oath… which to this day… I have kept!!! And that is only the very beginning of why we love Madrid!”

We are the answer to the question about good teaching jobs abroad.

10 REASONS TO CHOOSE US:

LINKS OF YOUR INTEREST: